The Steps of a Criminal Trial 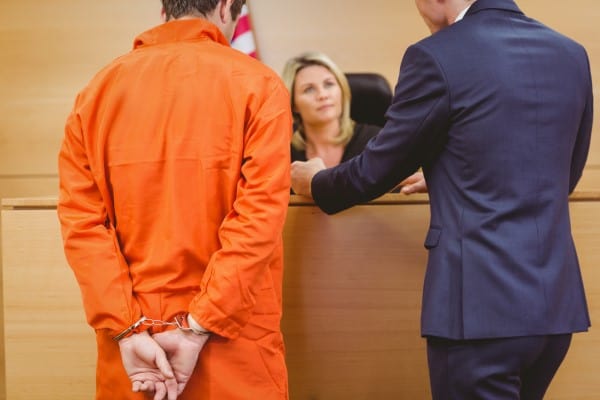 In the steps of a criminal trial, a jury (or just a judge) will examine the evidence presented to decide whether, “beyond a reasonable doubt,” a defendant committed a crime. A trial allows for the government and the defendant to argue their cases. In the case of the government, the goal is to obtain a “guilty” verdict and a conviction of the defendant. The defendant, obviously, has a goal of obtaining a “not guilty” verdict. Once both sides have presented their arguments, a jury or judge will make this determination.

While there are rare cases in which only a judge will preside over a hearing, typically a case goes before a jury. The first step then of a criminal trial is to select the jury. During jury selection, the judge, the plaintiff, and the defendant (through their respective attorneys) will screen potential jurors. During this time, the judge, prosecution, and defense team will ask potential jurors about ideological predispositions or life experiences that may pertain to the case. The judge, the prosecution, and defense can excuse potential jurors at this stage, based on their responses to questioning. After questioning, a jury is then selected.

The main part of any criminal trial is the “case-in-chief” stage. This is the portion in which each side presents its key evidence to the jury and judge.

The prosecution side will set forth evidence during its case-in-chief stage. This evidence is presented in an attempt to convince the jury beyond a reasonable doubt that the defendant on trial committed the crime. During the case-in-chief stage, the prosecution will call eyewitnesses and experts to testify, introduce physical evidence, such as photographs, documents, and medical reports as a way of proving its side of the case.

Once the prosecution concludes its case-in-chief, the defense will present its own evidence in the same manner. In some trials the defense may choose not to present a “case-in-chief.” In these instances it might be more strategic for the defense team to make its key points through cross-examination of the prosecution’s witnesses, and challenges to its evidence.

After both the prosecution and defense have had an opportunity to present their case and to challenge the evidence presented by the other side, both sides “rest.” This rest means that no more evidence will be presented to the jury.

After both sides rest, closing arguments are made. During this portion, the prosecution and the defense will re-cap all the evidence that was presented, while also making a final effort to show why the evidence should find the defendant either guilty or not guilty.

Following closing arguments, the next step toward a verdict is jury instruction. During this process the judge gives the jury the set of legal standards it will need to determine whether the defendant is guilty or not guilty.

A judge will base these legal standards off of the defendant’s case, based on what criminal charges and evidence were presented during the trial. This instruction will often include input and argument from the prosecution and defense. The judge will instruct the jury on the relevant legal principles that will need to be deliberated on. These include findings the jury will need to make in order to arrive at certain conclusions. The judge will also review key legal concepts, such as “guilt beyond a reasonable doubt” and any crimes the jury might need to consider, based on the evidence presented during the trial.

The case then goes “to the jury.”

During juror deliberation, the group of jurors will consider the case and all the evidence that was presented. During deliberation, the jurors, as a group, will attempt to agree on whether the defendant is guilty or not guilty of the crime(s) charged. Deliberation is the first opportunity for the jury to discuss the case. This process can last from a few hours to several weeks.

Most jurisdictions require that a jury for a criminal case be unanimous when deciding upon a verdict. In these jurisdictions, if a jury is not unanimous in its decision, and is unable to come to a unanimous decision, the jury is considered a “hung” jury and the judge may decide to declare a “mistrial.” At this point, the case can either be dismissed or the trial may start over again from the jury selection stage.

Once the jurors have reached a verdict, the jury foreperson informs the judge. The judge will then announce the verdict in open court.

The Role of a Criminal Defense Lawyer

Because the average person does not have an understanding of the criminal justice process, which comprises a number of complex state and federal laws, it’s always advised that you work with a criminal defense lawyer.

Criminal defense lawyers assist clients as their case moves through the criminal justice process, from pre-trial and through the conclusion of the trial proceedings. In some cases, when a client suspects that they might be charged with a crime a client will make the decision to retain a lawyer before they have even been charged. If you have been involved in a criminal incident and have suspicions that you might need a lawyer, it’s best to hire one as quickly as possible as they will be able to provide you with guidance on how to proceed. The earlier an attorney is involved in a case, the more protection they can offer, and even in times ensure that a suspect does not divulge any potentially incriminating information.

A criminal defense lawyer will also be able to advise a client on if a case can even be brought against their client. In cases where there is insufficient evidence, a lawyer’s main objective will be to have the court drop the charges against a client. There are many avenues of defense that a lawyer can apply, including challenging probable cause, persuading a court to reduce or waive bail, and negotiating a plea bargain to reduce charges to a lesser crime or reduce sentencing.

Ferragut Law Firm is a top rated criminal defense law firm based in Phoenix Arizona. We are dedicated exclusively to the practice of criminal law in all state, federal, and city courts throughout the State of Arizona.

Our mission is to achieve the best possible results for our clients through hard work, attention to detail, and aggressive advocacy, while maintaining the highest level of professionalism, integrity, and ethical standards.

We are committed to providing the most aggressive, professional, and effective representation for our clients accused of crimes to ensure that their legal rights are protected and that the best possible results are achieved. Contact us to discuss the details of your case. 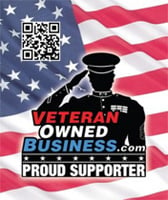