Have you or a family member been accused of a serious felony?
Call now for a free consultation: 602-324-5300 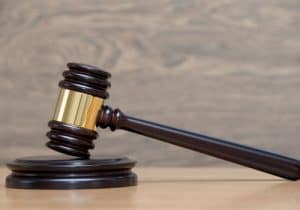 In Arizona’s criminal justice system, there are three types of offenses:

To try and avoid a felony conviction and the negative consequence associated with it, you need help from the Ferragut Law Firm, your serious felony defense attorney Phoenix AZ.

Examples of Serious Felonies in Arizona

If you break the law, you can be charged with a serious felony and in that case, it would be smart of you to retain a serious felony defense attorney Phoenix Arizona. A felony offense is assigned a “class” number, ranging from 1 to 6, by the legislature. This class number indicates how serious that particular felony charge is and, therefore, how serious the consequences will be if you are found guilty. Class 1 felonies are the most serious offenses; Class 6 felonies, by contrast, are the least serious (but even a Class 6 felony can be punished by a prison sentence). A felony conviction can also result in fines of up to $150,000.

The sentence you receive for a felony conviction will depend not only on the class number but also your criminal history and (in some cases) on the specific facts of your case. If you have been previously convicted of multiple felonies, for instance, you can expect to receive a harsher sentence than a first-time offender.

Felony crimes that are frequently charged in Arizona include:

Here is further legislative information in Arizona and here are our other practice areas.

There is no “one” defense to felony charges. Instead, an experienced criminal defense attorney will need to examine the facts of your case as well as the government’s evidence before crafting a trial strategy that protects your rights and results in a favorable outcome. Your attorney will look at your case and ask several questions, including:

Arizona serious felony defense attorney Phoenix Ulises A. Ferragut, Jr. has defended many individuals charged with felony crimes in Arizona. He knows that a winning defense strategy takes the unique facts of each case into account and must be pursued aggressively in order to be effective. Contact him at 602-324-5300 or at 602-370-4597 (on nights and weekends) and put the experience and talent of the Ferragut Law Firm to work for you.