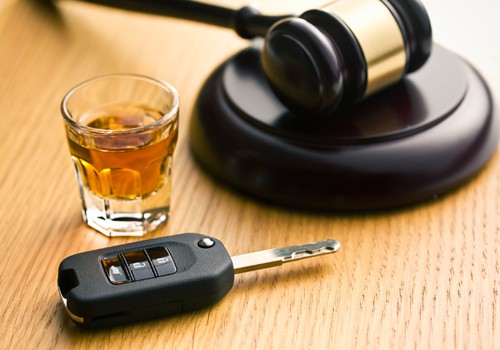 Driving under the influence of alcohol or drugs has gained attention in recent years. To defend against DUI charges requires the best DUI lawyer in the Mohave County area that you can find. All of the attention is due to several causes. First, public information campaigns have been launched by many local and national agencies. Second, several instances have occurred in which high-profile individuals or young vehicle occupants were injured and killed. There are reports that DUI arrests are on the decline in Arizona. Enforcement of AZ State DUI laws remains tough, though. Even a first-time conviction can result in serious fines and mandatory jail time.

For this reason, you must be proactive and aggressive in responding to a DUI charge. It is possible to defeat a DUI charge. However, you must retain an experienced, superior DUI counsel in the Mohave County area to help. Going about a DUI defense by yourself is not a good idea. If you think you might be able to beat it and save the money, you will not want to go it alone. The chances are very high that you will not be successful. You don’t know the laws. You also don’t have the courtroom experience.

Let Ulises Ferragut show you why he is the top rated DUI lawyer Mohave County can offer. He is known for his tough courtroom behavior and caring attitude toward his clients. He will do everything he can within the law to help you win your case.

Here are is a news story in Mohave County regarding DUI and drunk driving for your reference.

Driving Under the Influence-Related Offenses in Mohave County Arizona

A third way of a police officer detecting possible DUI driving is by someone driving erratically. This could include swerving off to the side of the road. Or they may not be able to maintain your vehicle in the lane properly. Have you been caught driving under the influence? You will need the toughest, most experienced, and top rated DUI lawyer Mohave County has to offer.

You need a competent and skilled attorney. You want a top rated DUI lawyer Mohave County to offer to help you with any DUI charge.

DUI offenses are difficult to defend against. The top rated DUI lawyer Mohave County offers can exploit any and all weaknesses in the government’s case against you. This can result in your charges being reduced or even dismissed. Attorney Ulises Ferragut Jr., and the team at the Ferragut Law Firm, have been extremely successful in helping OVER 100 people defend AND WIN against their alleged DUI crimes in Arizona. The Ferragut Law Firm team stands ready to help you as a DUI Lawyer Mohave County Arizona. Contact the tough, experienced, successful, reasonably priced and ultimately Top Rated DUI Lawyer in Mohave County at 602-324-5300 anytime day or night. Free consultations too.