Have You Received Ineffective Legal Representation 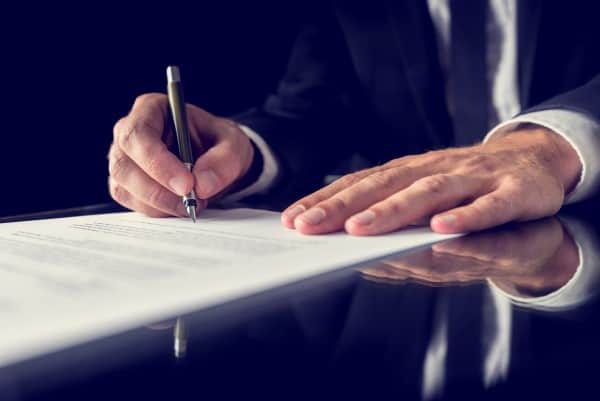 If you’ve received ineffective legal representation you might be able to file a Rule 32 Petition.

Contents hide
1 Have You Received Ineffective Legal Representation?
2 What’s the Difference Between a Rule 32 and a PCR Petition?
3 Is the Purpose of a Rule 32 to Reduce a Sentence?
4 What is the Most Common Allegation Made in a Rule 32 Petition?
5 How Long Does a Rule 32 Process Take?
6 How Do I File a PCR Petition?

Have You Received Ineffective Legal Representation?

If a defendant entered a plea agreement (or admitted to violating a condition of probation), a Rule 32 Post Conviction Relief petition is the only legal means that can be used to appeal a conviction. If the defendant went through either a bench or a jury trial, he or she can file a Direct Appeal to the conviction, and — if the appeal is denied — the defendant still has the option of filing a Rule 32 petition. Direct Appeals and Rule 32’s are different forms of action. Therefore, a defendant is allowed to raise different issues in each motion, although there is some overlap.

What’s the Difference Between a Rule 32 and a PCR Petition?

Is the Purpose of a Rule 32 to Reduce a Sentence?

It can reduce a sentence, but it could do much more, especially where a new attorney can prove that the previous lawyer did not do an adequate job of representing the defendant. Under provisions of the case Blakely v. Washington, which deals with aggravated sentences that may have been imposed improperly, a sentence reduction would be the expected outcome.

A Rule 32 is sometimes designed to correct errors made by the trial court or, in the case of a person convicted via a plea agreement, to correct errors made at the time of the Change of Plea hearing or at the time of Sentencing. For example, if an error is found in the Change of Plea proceedings, the entire plea agreement could be ordered to be set aside. In that case, a whole new process would result. Specifically, the prosecuting attorney would bring all the original charges against the Defendant and a new plea bargain would have to be negotiated. If the reversible error occurred during sentencing, only the sentencing hearing would be re-done.

More than likely, the Defendant would be given the same sentence already imposed. As noted earlier, it is possible that a lesser sentence could be given based on a Blakely claim or if there are new mitigating circumstances available at the time of the re-sentencing hearing (such as an excellent record of programming, work and disciplinary history while in prison, especially if the programming directly addresses the specific criminal conduct a Defendant is convicted of).

Often, our firm hears from prisoners or their families who have compared their sentence to someone else’s’ and feel that for the same crime, they received more time in prison. There is no way to know what circumstances led one judge to sentence a person to six years, for example, and another judge to sentence another Defendant for the SAME EXACT felony offense to four years, but as long as both judges followed the sentencing rules and the criminal code matrix, no relief is available to the person who received the longer sentence. Again, this is because the law allows leeway in sentencing. So this issue would need to be addressed pre-sentencing.

Sentences for the exact felony offense can vary widely depending upon whether the Defendant was sentenced as a first-time offender or a repeat offender, whether mitigating circumstances were sufficient to factor into the sentence or whether aggravating circumstances led the judge to give a harsher sentence. Each case is different and it is important to keep this in mind.

What is the Most Common Allegation Made in a Rule 32 Petition?

Without question, the most common issue raised in Rule 32 petitions is “ineffective assistance of counsel.” If all the counties in Arizona are counted, it would be safe to say that thousands of PCR’s are filed each year alleging ineffective assistance of counsel. A very small percentage of them are successful because it is very, very difficult to meet the court’s standard of proof that a trial attorney was legally ineffective.

In order to legally meet the standard of proof for ineffective assistance of counsel, the Defendant must show that not only was the attorney ineffective, but that the outcome of the proceedings would have been different had the attorney acted (or not acted) differently. For example, there have been capital punishment cases in Texas where attorneys slept during portions of the trial, and the courts there have found that the attorneys conduct, while highly inappropriate, would not have changed the outcome of the trial.

Attorneys are permitted, under the ethical rules of conduct which govern their behavior, to strongly advise a client to accept a plea agreement based upon the likelihood of conviction if the person were to go to trial. For example, an attorney is permitted to say, You are going to hang yourself if you don’t accept this plea; if you don’t sign it, you will be convicted at trial and will serve a lot more time than what is being offered in the plea bargain. An attorney is NOT permitted to say, Go ahead, Mr. Client, and sign this plea bargain, but don’t worry that it says in writing that the maximum amount of time you can get is 20 years — I PROMISE you that if you sign the plea, you’ll only get ten years.

Under those conditions, if the Defendant signs the plea and subsequently is sentenced to 20 years, that would constitute ineffective assistance of counsel because the Defendant was INDUCED to sign the plea by a PROMISE (not an opinion) that the attorney could not keep. Will a Rule 32 result in a personal appearance in the court, or is it all done on paper? A successful Rule 32 will result in an evidentiary hearing in most cases. This means a court hearing will be conducted where the Defendant will be entitled to be present, along with his attorney (or by himself if he is representing himself).

At this hearing, the Defendant will have to demonstrate with witnesses, exhibits, testimony, etc. that the claims made in the paperwork (the PCR Petition) are true. A Defendant will only be granted a hearing if the Judge feels that the claims made in the PCR have merit in the first place. The vast majority of PCR’s are denied without a hearing being granted. This is due, in part, to a lack of credible or “color-able” legal claims being developed or presented in the Petition itself. For persons sentenced on or after September 29, 1992, only ONE PCR Petition is allowed. It is extremely important that all potential claims be researched and advanced in the initial PCR because, for the vast majority of current Defendants, it is the only chance they will have.

How Long Does a Rule 32 Process Take?

It is very difficult to give precise time frames, especially because a Defendant could conceivably keep appealing denials of a Rule 32 all the way up into the federal courts. In such a case, it would take years. But the typical scenario for Arizona is: The Notice of PCR is filed within 90 days of sentencing. It is important not to miss this deadline for the Notice. A Defendant may DIRECT his trial-level attorney — including a public defender — to file the Notice of PCR on behalf of the Defendant. For those sentenced after September 29, 1992, the 90-day deadline is a MUST. If the notice if not timely filed, the person faces the strong possibility of being forever precluded from filing a Petition for Post Conviction Relief.

Usually with three weeks of filing the Notice of PCR, and if the Defendant has requested an attorney, an attorney will be appointed by the court to represent him. Private Counsel can be retained at this point. If an attorney is appointed, the Defendant will be notified of his/her name and address.

Once a PCR attorney is appointed or retained by the Defendant or his family, the attorney has 60 days to file the Petition itself. In some cases, a 30-day extension of time can be granted. During this time period, the attorney should contact the Defendant (either in person or by letter), obtain transcripts of the trial, change of plea hearing and sentencing hearing, etc. If the Defendant is deemed entitled to receive transcripts, there may be additional delays while the court reporter transcribes them; a continuance will be granted to accommodate this delay.

The Defendant/Client should write down all he can remember about the mistakes/errors he believes were made in his case and send these comments to the attorney. The attorney is not obligated to raise all or any of the issues the Defendant raises, but a good attorney will explain to his client why those issues are not “color-able” legal claims under the particular circumstances of the case.

How Do I File a PCR Petition?

It is extremely important to have a thorough analysis performed on your case for potential post conviction relief claims. Only a qualified attorney has the experience and resources to perform such work. Only one PCR is permitted (for those sentenced after September 29, 1992), and — for all persons filing PCR Petitions — once an issued is briefed in a Petition, it is precluded from being raised in any subsequent petition. Getting it right the first time is important!

Our firm has successfully represented clients in Arizona on Rule 32 Post Conviction Relief matters. In one case, for example, the Court found that the Defendant’s trial attorney was ineffective, his 20 year prison conviction was overturned, and he was released from prison on his own recognizance after 5 years of incarceration. The Arizona Court of Appeals/Division Two rejected the State’s appeal of the trial court’s grant of post-conviction relief. All of the appellate work was performed by this firm.

If you feel like you’ve received ineffective legal representation from your paid or appointed defense attorney, we can help you determine the best course of action and advise you of your chances for success, for no charge. Give us a call today at 602-324-5300 to set up your free consultation.