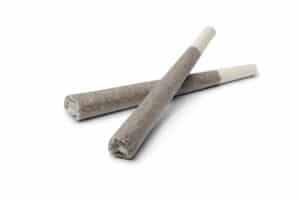 Need a Phoenix Drug Crime Attorney? Call The Ferragut Law Firm at 602-324-5300 for a free consultation.

Marijuana is a byproduct of the natural plant cannabis sativa or cannabis indica also known as hemp. However, hemp without THC (the psycho-active drug found in the two mentioned cannabis plants) is grown as well. Marijuana refers to the flowers, seeds, leaves, and stems from the cannabis plants with THC concentrations above commercial hemp.

The cannabis plants grow very well on their own. However optimum THC growth conditions include rich soil and maximum daytime temperatures in the mid-80’s. Marijuana leaves, flowers, and in some cases stems are chopped up into relatively fine substance. The substance is similar to how tobacco leaves are chopped up for cigarettes, cigars, or pipes. Then the marijuana can be rolled into marijuana cigarettes, also known as joints or reefers.

Marijuana can also be smoked in pipes or bongs (pipes where the marijuana smoke is cooled by water).

The Effects of Marijuana

Marijuana can be ingested either by smoking it as above, or it can be “cooked” into food items such as brownies, cookies, and other generally sweet treats. Smoking it produces a euphoric ‘high’ in a relatively short time, generally within just a few minutes.

The more that is smoked and the higher the THC concentration, the higher the high and the longer it lasts. Eating treats laced with marijuana produces a similar high but takes much longer. Therefore the person eating the treats needs to be aware that eating too much will produce a more uncomfortable high (see below).

Marijuana highs can vary from a fairly relaxed state, to complete state of relaxation, to a more uncomfortable state of paranoia and other ill effects. Although no one has ever died from an overdose of marijuana (see citation below) it should be noted that strong doses can produce psychotic like effects and may require hospitalization. Combining marijuana with other drugs can produce strange effects.

Other effects from marijuana use include:

Although marijuana use in adults is proven to cause no long-lasting effects (except some people can experience withdrawal symptoms from long-term use) it has also been shown that teenagers using marijuana long-term can reduce their IQ’s by up to 8 points. This reduction will never be gained back according to scientific studies.

How Have Marijuana Laws Changed in Arizona?

Marijuana laws in Arizona have changed considerably over the years. As recently as 2009, marijuana was illegal in Arizona, no matter what the use was for. In 2010, Arizona voters approved the sale, growth, and use of marijuana for medicinal purposes.

How do you get medicinal marijuana? You have to go to a qualified doctor and be evaluated for a serious and debilitating condition. Once you have the doctor’s okay (which can cost as much as $150), you may apply for a medicinal marijuana card. The price is yearly and is currently $150 with a 50% discount for those participating in the SNAP program (Supplemental Nutrition Assistance Program). Once you have your card you can go to any of the more than 100 dispensaries in Arizona for the medicinal marijuana. Keep in mind there is a purchase limit of 2.5 ounces in any 14 day period.

Illegal Use of Marijuana in Arizona

Here is the Arizona sentencing guide from Arizona Supreme Court.

If you have more questions regarding the marijuana laws in Arizona, or if you need a marijuana defense lawyer in Arizona, give us The Ferragut Law Firm a call today at 602-324-5300 – we are highly experienced, aggressive and tough defense with a successful track record. Call today!

Sources:
Article on marijuana in Arizona