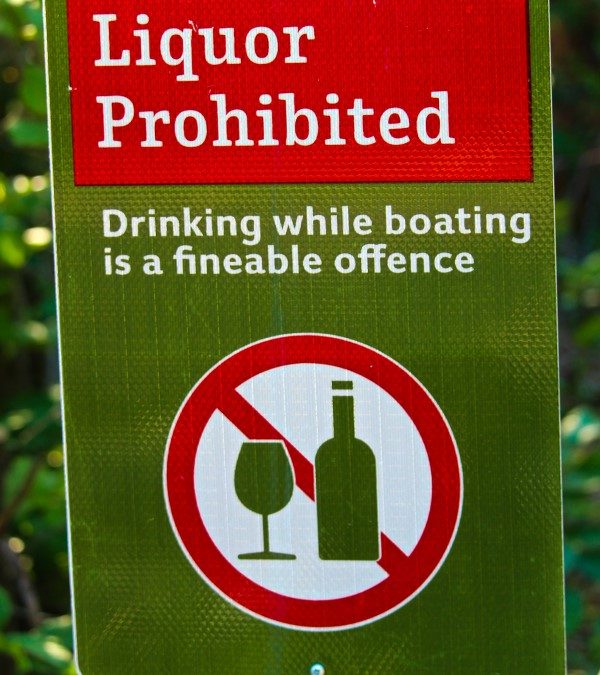 Boating is an awesome experience. Arizona certainly gives plenty of opportunity for those that enjoy boating. You might be tempted to take some alcoholic beverages on-board with you too. There is no law regarding open containers on a boat or even drinking on a boat. It is, however, illegal to be under the influence AT ALL and operate the boat. Doing so constitutes an Arizona Boating DUI. This is also known as OUI Operating Under the Influence.

Did you know that over 1/3 of all boating caused deaths in the US are the result of OUI accidents? Boating and drinking is against the law and should be avoided at all costs – the personal consequences can be tremendous including jail time, financial loss, loss of license, criminal charges, loss of license, and even seizure of the boat1, not to mention the consequences for potential damage, injury, and loss of life.

In 2016, there were almost 4,500 boating accidents. Over 700 people lost their lives. Alcohol was the biggest contributing factor in all fatal accidents. Boating is fun, but also a serious matter. OUI Operating Under the Influence is one that Arizona law takes very seriously.

Checkpoints are used to find boaters violating Arizona boating DUI laws. Checkpoints are operated by the Coast Guard. They perform inspections at random times in random places throughout the year. The checkpoints are just like stop points on the road. You are stopped and briefly inspected. If all is well, you are allowed to go on your way. However if there is anything suspicious detected during your stop, expect that you and your boat will be inspected more carefully. You also may be required to perform a FST (Field Sobriety Test).

OUI – Boating Under the Influence

If you are on an Arizona body of water and are under the influence even in the slightest while operating any motorized boating vehicle (including single person vehicles) you are in violation of Arizona boating DUI laws 2. Arizona has some of the toughest DUI/OUI laws in the country. This is something you would be better off without. The best way to avoid it is to not drink and operate any vehicle.

But if you have been cited for an Arizona Boating DUI, know that the fines and other consequences for it are not as severe as DUI. However they will still cause you major amounts of grief. Convictions include mandatory jail time, even for the slightest infraction.

The Three Degrees of OUI

All of the offenses include mandatory jail time and fines.

If you have been charged with an OUI operating under the influence, don’t try to defend yourself. Chances are you could make it worse for yourself! Call someone that knows the laws and has years of experience in courtroom procedures. Call us at The Ferragut Law Firm 602-324-5300. We will give you a free no obligation consultation right on the phone. We have years of experience in defending those operating a vehicle under the influence and we will do everything we can to defend you properly.

For information about all of our practice areas, see this page!